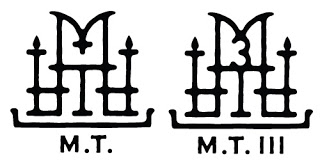 There is a really long explanation that goes around Certification Marks, Geographical Indications, and the respect Americans must give to their European counterparts. Moreover, there is a long and tortured history of international law, broken treaties, and implemented international protocols dedicated to recognizing trademarks, appelation d’origine controlle (AOC), and other designations across borders.

I’m not going to give you any of that background, but the short version is: you can’t call American sparkling wine “Champagne” now even though you could in the late-70’s and even as recently as the 90’s.

Interestingly, though, there has been a great debate raging on the exact same subject in our very own brewing industry related to the naming of styles for sour beers. Many brewers in the United States make “sour” beers – most breweries that make them, make them as a very small part of a much larger brand/style portfolio (for example, New Glarus is making 21 different brands in 2017, about 5 of them are a variation on sours). But, there are quite a few breweries across the country that specialize in making ONLY sour beers: Funk Factory here in Madison being one (Jester King, in Austin, Texas being another; De Garde brewery in Portland being a third).

Based on the traditional processes for making some kinds of sours, there are two styles that you should be aware of: Lambic and Gueuze. Lambic is made with barley and wheat and soured by exposing the wort to open-air in a coolship. Gueuze, is a blend of aged lambics. You can learn more about lambic, gueuze, and their close relatives kriek and framboise, by visiting the website of the European trade group HORAL. HORAL is comprised of Belgian brewers who together market beers that are made and advertised using the European designation of “lambic” and “gueuze.”

If an American brewer makes a barley and wheat wort and sours it in a coolship, they are not permitted to call this product a “lambic.” If the American brewer blends a range of these aged beers, they may not call that product a “gueuze.” The same international treaties that protect “Champagne,” also protect “Lambic” and “Gueuze.”

To avoid running afoul of international law and to respect their Belgian brethren, Funk Factory described the style of their beer as “Spontaneously fermented ale brewed in Wisconsin following the traditional methods of Belgian lambic brewers.” That’s a mouthful and quickly takes up most of a beer label.

So, led by Jester King (co-founded by Ron Extract, briefly a Madisonian, now a founder of Garden Path Fermentation) a few American breweries got together and decided to solve this problem. The solution they came up with is “Methode Traditionelle” and you can read about Funk Factory’s experience on their excellent blog. According to Levi Funk, the proprietor of Funk Factory, the process went something like this:

… a group of us discussed the nomenclature and expressed a desire to have a single term by which we all agree to use, and further a standard by which we all agree to adhere to. … Taking inspiration from the wine/champagne world, “Méthode Gueuze” was suggested and we all agreed to it. There was support from our Belgian brethren. There was a healthy discussion amongst industry members as to what the criteria should be. Jester King announced their beer SPON and in that announced Methode Gueuze to the world. And it was good.

And then it wasn’t. … HORAL felt they were not adequately consulted and they had issues with the term “Méthode Gueuze”. … After 6 months of discussions with HORAL we have a much fuller grasp of each other’s priorities and desires. … The resolution is that we will use “Méthode Traditionelle” for the style name, but they agree using the word “Lambic” or “Gueuze” to describe the inspiration of the beer is appropriate.

But, “Methode Traditionelle” is not without controversy. De Garde has decided not to use this new designation. You can read their full reasoning on their Facebook page. The short of it is: “We believe that this movement stifles an unencumbered exploration of our environments and the ability for any new brewery to develop in favor of the attempt to capitalize on the newly resurgent love for great Belgian beer.” In other words: why put labels on things? Just enjoy them for what they are. A noble goal, if not one that creates clarity in the marketplace.

So, it’s a fascinating debate! I hope to debate it with you over a Methode Traditionelle! In the meantime, head on over to Funk Factory and see what the fuss is about!