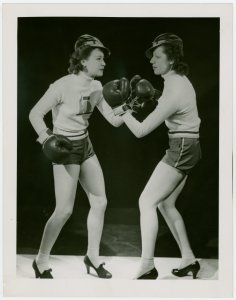 We’ve all seen the legal dramas on TV where the lawyers storm into court with vicious questioning and killer closing arguments. But in the real world, most disputes don’t end up in court. Many go to what is called “alternative dispute resolution” or ADR. The two most common of those are arbitration and mediation.

Arbitration is a bit like court without as many formalities and often the ability to appeal. In arbitration, there is an arbiter. That arbiter may be one person or several. Three people on an arbitration panel is fairly common, as is one person. They are sort of like a judge. They hear both sides and then make a decision. Unlike a judge, however, the arbiter may or may not listen to testimony, may or may not follow all of the rules of court, and likely not have to worry about appeal. So, if one side doesn’t like the decision, and it is binding arbitration, tough patooties. That’s the decision. Live with it.

Why would parties choose that? It is often faster. It may or may not be cheaper. And, there is an end time. There is not years of courtroom or appellate drama. It is done, and everyone can move on – even if it is with grumbles.

Mediation is a bit more involved. It also involves a third party; only this time, it is a mediator. There is usually only one of them. Both parties get together, though often in separate rooms, and the mediator goes in between trying to hash out a deal. An arm crank here, an ear tweak there, and, hopefully, at the end, a deal that both sides can live with. Many courts actually mandate mediation before going to trial. The Federal Court of Western District of Wisconsin even does court-sponsored mediation where Magistrate Judge Peter Oppeneer tries to cajole the parties into a deal.

If no deal is made, then court may be ahead. So, if Let’s Make a Deal turns out only to be on TV, the parties may have spent a lot of time and money for little to show for it. They still move on to trial with no refunds on the failed mediation.

While each of these come up on the pathway to trial and can be requested at any time, we often talk about this long before there is a dispute. In many contracts, we put an ADR provision in from the beginning. We ask, “Hey, all, if this goes down, how do you want to fight about it?” Binding arbitration per the rules of the American Arbitration Association? Mediation using a professional from the Wisconsin Association of Mediators? Both parties get together in a basement, windowless room with no access to a bathroom for 8 hours after drinking a pot of coffee each unless a deal is made? Or just go directly to court without any of this slowing you down unless a court orders otherwise?

Whatever the approach, it is important to think about how each could impact you and your business. Does the idea of a court give you hives? Then arbitration may be your best bet. Do you like the idea of an unbiased third party helping you realize your weak points, as well as pushing the other side on theirs? Mediation may be for you. Think you can beat anyone in Candy Land? Then maybe you set up a tournament where the winner takes all. Think about it both before and during the dispute because the best dispute is one that has ended.